Aryballe, a startup developing biochemical sensors, optics, and AI to collect and analyze odor data, today announced it has raised €7 million ($7.9 million). The funds will bolster product and machine learning R&D as Aryballe seeks to expand its customer base, a spokesperson said.

Grenoble, France-based Aryballe, which was founded in 2014, released its first product in early 2018. Called the NeOse Pro, it mimics the human brain’s process for identifying aromas and differentiating between them.

Organic and inorganic substances release odor molecules in response to variations in energy and biological processes. When energy increases, evaporation occurs and it becomes possible to absorb odors — otherwise known as volatile organic compounds (VOCs) — through the nasal cavity. This stimulates olfactory neurons and subsequently the olfactory bulb, which in turn prompts the olfactory cortex to identify the smells and their sources.

Solutions like the NeOse Pro and Aryballe’s silicon photonics platform bind odor molecules to biosensors that stand in for the olfactory bulb and produce signatures in near-real time. Once signatures are detected, software correlates them with over 500 entries in a database of previously collected and analyzed odors. AI and machine learning allow the biosensors to better detect lower concentrations of odors over time. 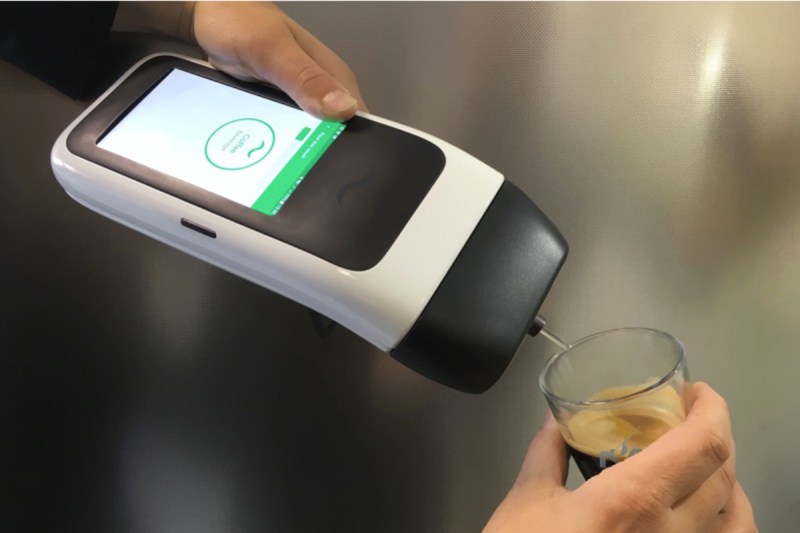 Aryballe asserts that digital olfaction can inform business decisions — like rejecting or approving raw materials — while reducing the time spent developing products. It could, for example, help determine whether new formulas taste similar to the original. In the automotive domain, products like the NeOse Pro can be used to detect car fluid leaks and control branded “new car smell” odors, or even sniff out signs of overheating by monitoring for burning wire odors.

Investor Hyundai is using NeOse Pro technology to let drivers monitor their car’s interior. International Flavors & Fragrances, another investor, is adapting the startup’s technology to use cases in food, fragrance, cosmetics, and other industries.

Last year, Aryballe launched the Digital Olfaction Automotive Consortium (DOAC), which aims to establish standards for odor measurement in the automotive industry and inform olfaction product development and services. More recently, the company announced a new odor sensor with the same sensitivity as the NeOse Pro that’s smaller than a paperclip, more durable, and designed to be integrated with smart sensor networks. The first samples shipped to customers in the second quarter of this year.

This latest funding round brings Aryballe’s total raised to date to €17 million ($19.2 million) and comes after a year in which the company’s headcount grew 30%. Samsung Ventures and Groupe SEB’s Seb Alliance led the round, with contributions from existing investors Innovacom, Cemag Invest, Asahi Kasei, and HCVC.