Huawei has the same app problem that doomed Windows Phone

Huawei is now the world’s biggest smartphone maker in terms of shipments, according to Canalys data, which suggests the Chinese tech firm surpassed rival...

Huawei is now the world’s biggest smartphone maker in terms of shipments, according to Canalys data, which suggests the Chinese tech firm surpassed rival Samsung in Q2 2020, albeit mostly due to its domestic sales in China. This is the first time in nine years that a company other than Samsung or Apple has led the market.

Huawei was quick to pounce on the news, particularly given the turbulent 14 months it has endured after the U.S. issued an embargo forcing it to stop using Google’s flavor of Android in its new handsets.

But despite Huawei’s glee at surpassing Samsung, its future in the global smartphone arena looks bleak, due in large part to the app restrictions enforced by the U.S. ban. The crux of Huawei’s problem, as most people by now know, is that buyers of its newer phones can’t access many big-name apps without having to jump through gargantuan hoops. In many ways, Huawei’s predicament is similar to that Windows Phone faced a decade ago. 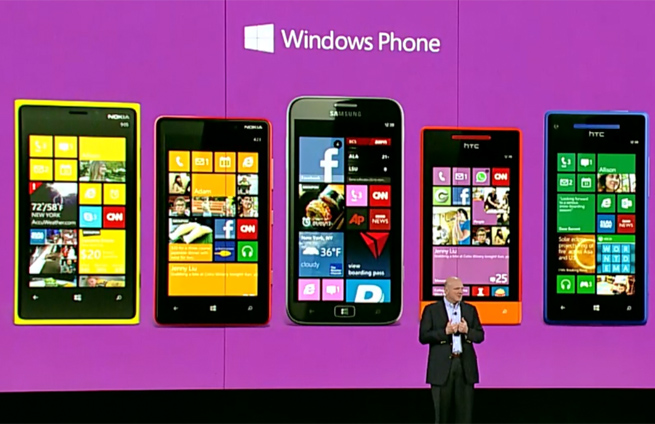 At the time of its launch, Microsoft’s mobile operating system was often packaged with some of the best hardware the market had to offer, and Nokia’s devices in particular offered superb cameras. But Windows Phone just couldn’t ditch the “lack of apps” tag around its neck, though Microsoft did spend considerable resources convincing developers to build for Windows Phone, even holding developer competitions. In the end, Microsoft managed to persuade some companies to build for its platform, but the apps were often not as full-featured as their iOS and Android counterparts, and a fair chunk of them were rarely updated.

Similarly, Huawei devices are widely lauded for features like AI-infused chips and quality cameras. And the company is also trying to incentivize developers to join its platform, recently launching a $1 million contest that builds on its $1 billion Shining Star developer program.

In the year or so since the U.S. embargo came into effect, Huawei has doubled down on its development of Huawei Mobile Services (HMS), its own version of Google Mobile Services (GMS) designed to replace Google’s ecosystem and provide developers with tools to create apps for the Huawei platform. In a press briefing earlier this week, Jaime Gonzalo, VP of Mobile Services Europe for Huawei’s consumer business group, touted progress the company has made in the last year, revealing that it now has 1.6 million developers on board, an increase of 76% year-on-year, and more than 80,000 apps that now use elements of Huawei’s HMS.

But such growth metrics don’t really matter to most people. All they care about is whether they can readily access all the tools and services they want, something Huawei has attempted to address.

“In reality, there are 3 million apps out there, so this [81,000 apps] is less,” Gonzalo said. “[But] the thing is, it’s not about volume of apps, it’s about the pertinence and the services that these provide. So we evaluated our users, how many apps they use on their phones, and we found that no matter which country, the average number of apps is about 80 … what is the point of offering 3 million apps if many of them are clones of one another or bloatware?”

Although Huawei’s case for quality over quantity is valid, the real problem is that a vast chunk of the world’s most popular apps are simply not available through its AppGallery app store.

In the immediate aftermath of the U.S. embargo, most Huawei phone users saw no difference in their app selection because the restriction only affects newer Huawei and Honor-branded handsets. Huawei has often downplayed the changes during recent product launches.

In certain cases, it is possible to access some of the aforementioned services through a browser, though often with less functionality. Huawei also recently introduced a new service called Petal Search, which enables users to search for the .APK files of Android apps either through the companies themselves (e.g. Facebook makes its Android apps available to download directly from its own website) or from third-party .APK libraries.

But this solution is unwieldy and deviates wildly from people’s expectations. Moreover, it’s not easy to provide timely, automatic updates when companies refresh their apps — a core function served by Google and Huawei’s respective mobile services.

There aren’t any barriers stopping companies — in the U.S. or otherwise — from adding their apps to Huawei’s AppGallery. Amazon, Microsoft, and Snap have already embraced AppGallery, which points to one of the key differences between the situation Huawei faces today and the one Microsoft faced with Windows Phone. Huawei devices are still based on Android, which makes it much easier for developers to get their apps into its ecosystem.

But Huawei is now racing the clock. The majority of its devices are currently in the hands of millions of people globally who can still access Google’s Android. Now the company is trying to get its house in order before those consumers begin upgrading to new devices. As people transition from older Huawei or Honor handsets to the fresh crop of devices, many won’t realize they’re buying into a completely different version of Android and will be left bitterly disappointed.

A decade ago, many less tech-savvy consumers were similarly impacted when they bought new Windows Phones for the camera only to discover they couldn’t access most of the apps their friends had on Android or iOS.

Online retailers are taking note this time. Some are posting prominent warnings next to new Huawei devices to ward off a backlash from confused consumers who can’t figure out how to install WhatsApp, Instagram, or Uber.

Such websites also provide detailed guides for customers, explaining the various processes they can go through to bridge at least part of this Google-sized gap. But people don’t like workarounds and they don’t like friction, which is where Huawei’s rivals stand to benefit.

Indeed, Huawei may have surpassed Samsung as the top dog in global smartphone shipments, but Samsung could be the big winner when Huawei’s customers look for brands unencumbered by app restrictions. Huawei can probably achieve some success in markets that are less reliant on apps and services from Google and other U.S. companies, like Russia, but the company’s chances of remaining a global powerhouse are slim if it can’t make core apps easily available to its users.

Sure, there will always be some users willing to try alternatives to market-leading apps, but not at any meaningful scale. In the end, it doesn’t matter how good your on-device AI is, or how amazing your camera is. That is the painful lesson Microsoft and Nokia learned with Windows Phone all those years ago.