Hearo has launched its Hearo.Live service for watching movies and other events with your friends on desktop PCs and mobile devices. It’s another way to...

Hearo has launched its Hearo.Live service for watching movies and other events with your friends on desktop PCs and mobile devices. It’s another way to stay close to family or friends during the pandemic since we can’t gather and watch shows at each other’s homes so easily anymore.

Hearo is also raising money via equity crowdfunding on Republic.co, where investors have pledged more than $581,000.

In the company’s early days, CEO Edward “Ned” Lerner thought of Hearo.Live as a revival of the ancient Greek amphitheater, a place where fans can gather in the same virtual space to cheer for online sports or esports events or otherwise participate in a shared social experience, with their real voices.

But the company has had to go through a lot of changes, especially during the pandemic. Lerner said in an interview with GamesBeat that the company was ready to launch its service in March just in time for the March Madness event, where people could gather to co-watch live NCAA basketball games. But the pandemic changed those plans, as most live sports events were canceled.

The company was also gearing up so people could watch esports events, but the physical in-person esports events also got nixed during the pandemic. So Hearo’s team retooled to enable people to co-watch streaming movie services and television shows on platforms such as Disney+ and Hulu. Fortunately, Lerner chose to focus on the right fundamental technology, audio chat. 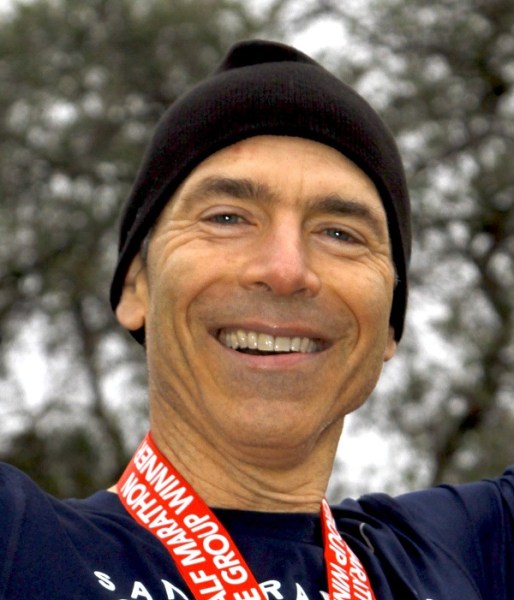 Above: Edward “Ned” Lerner is CEO of Hearo.Live

“Multiplayer games is taking over gaming. We believe multiplayer TV will take over watching next, for the same reasons, and while gaming is huge, watching is still 15 times bigger,” Lerner said.

The app is available today on iOS, Android, MacOS, and Windows.

“All of the pieces — mobile devices, watch parties, live TV, and streaming services — have all come together this year,” Lerner said. “This makes us the first launch party app that is cross-platform, mobile and PC, and lets you watch both live TV and video on demand.”

Hearo lets subscribers for Netflix, Disney+, and Amazon Prime Video watch premium streaming services in sync with and while talking with their friends. U.S. cable subscribers can also host watch parties for live broadcasts of ESPN, NBC Sports, Fox Sports, ABC, CBS, and TNT. Users get the highest quality viewing experience while they talk together like they’re sharing a big cozy couch. The release makes Hearo the first and only full-screen talk and watch party app connecting iOS, Android, macOS, and Windows users.

“It’s set up is very much like a smart TV, where you have to tell it your Netflix account, or you have to give it your cable TV account,” Lerner said. “This was a big project because we had to essentially build custom smart TV software. The good news is that is behind us.”

You can watch free services such as YouTube or Twitch without needing to have paid accounts.

“We’re pretty much the only game in town that lets you play by the rules and still share so you can all hang out,” Lerner said. “It opens up all kinds of possibilities.”

Fans can make friend groups and then log into a service like Disney+ and then broadcast the show to a virtual room. In that room, other friends can gather simply by clicking on a Hearo link. They can speak to each other in a group, rather than type messages in an online chat as normally happens in a livestreamed gathering on Twitch. Hearo.Live lets you watch 25 different services in online groups where friends can talk to each other while socially distancing. It works on phones, tablets, and PCs, and I interviewed Lerner on the Hearo.Live service this week while we were watching a video of a road running through a beautiful forest.

I’ve known Lerner for decades. He has been making games for years and is a former director of engineering on the PlayStation 4 at Sony. I met him way back when he cofounded Multitude, an early internet multiplayer gaming startup born in 1997. His game, Fire Team, was ahead of its time, with online connectivity and voice conferencing. He also served as chief technology officer for Electronic Arts’ The Sims, and he worked at Looking Glass.

Next year, Lerner hopes to scale up the service in a variety of ways, adding more partners and enabling more people to watch at the same time. The company has 12 employees and is based in San Francisco, but the team is working virtually.

Lerner hopes the service will be a hit during the holidays, when watching shows together is a family tradition.

“Instead of our connected devices disconnecting us, making us feel lonelier than ever, especially during the pandemic, Hearo lets us stay close to our friends and family,” he said. “We’re getting more anecdotal reports of people saying thank you because they can watch together, whether it’s boyfriends and girlfriends or other groups. It’s really cool.”