Zynga and Will.i.am will help raise $5 million for education

Zynga will be a launch donor for the American Dream GoFundMe initiative. These funds will be committed to unlocking STEAM (science, technology, engineering, arts, and math) education opportunities in America’s underserved communities.

Zynga contributed $250,000 to the I.am Foundation and this initiative from the company’s Social Impact Fund, a $25 million endowment fund. Zynga partnered with the Black Eyed Peas on another announcement about social distancing during the holidays.

Zynga created the fund in June after the Black Lives Matter protests. The fund is investing in educational and charitable causes related to diversity, equity, and inclusion. 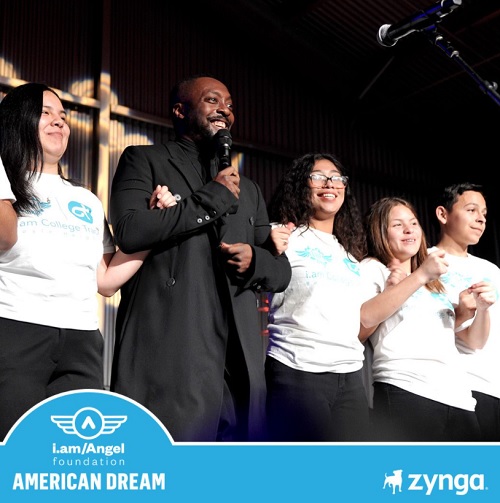 Zynga will also utilize the breadth of its channels and audiences to extend awareness for the campaign and encourage other individuals and entities to join. In the hit game Words With Friends, “Dream” will be the “word of the day” on January 12.

Throughout January and February, Zynga will release additional new content to drive awareness and action for the fundraiser through its social, blog, and employee channels.

To kickoff the campaign, Will.i.am has released his latest single, American Dream, which focuses on education as a social justice issue and the building block of economic equality. The single is the first song to be released to launch a GoFundMe campaign and is now available to stream via Apple Music.