WeRide, a Guangzhou, China-based startup developing autonomous vehicle systems, this evening announced that it raised a total of $310 million in series B funding...

WeRide, a Guangzhou, China-based startup developing autonomous vehicle systems, this evening announced that it raised a total of $310 million in series B funding after completing series B2 and B3 rounds. The fundraising follows the closure of a $200 million strategic round by Chinese bus maker Yutong in December.

Some experts predict the pandemic will hasten the adoption of autonomous vehicles for delivery. Self-driving cars, vans, and trucks promise to minimize the risk of spreading disease by limiting driver contact, which is perhaps why people across the globe trust the safety of autonomous vehicles more than they did three years ago, according to several surveys by Deloitte.

WeRide, which was founded in 2017 and has R&D and operations centers in Beijing, Shanghai, and Silicon Valley, aims to develop “level 4” driverless cars that can handle the majority of driving situations independently without human intervention. WeRide worked with Yutong, a 57-year-old company, to make autonomous-driving minibuses and city buses without steering wheels, accelerators, or brakes intended for urban open roads.

WeRide launched a publicly accessible robo-taxi service in Guangzhou in November 2019, covering an area roughly 89 square miles in the Huangpu and Guangzhou Development districts. In June, WeRide’s robo-taxi service became available to the public through Amap, a popular ride-hailing mobile app in China.

WeRide claims its robo-taxis completed a total of 147,128 trips for more than 60,000 passengers during the first year of its service’s operation. Starting January 15, the company plans to launch a pilot with shuttles and cars relying on its autonomous navigation systems around Guangzhou International Bio Island, covering all of the region’s business and commercial districts. 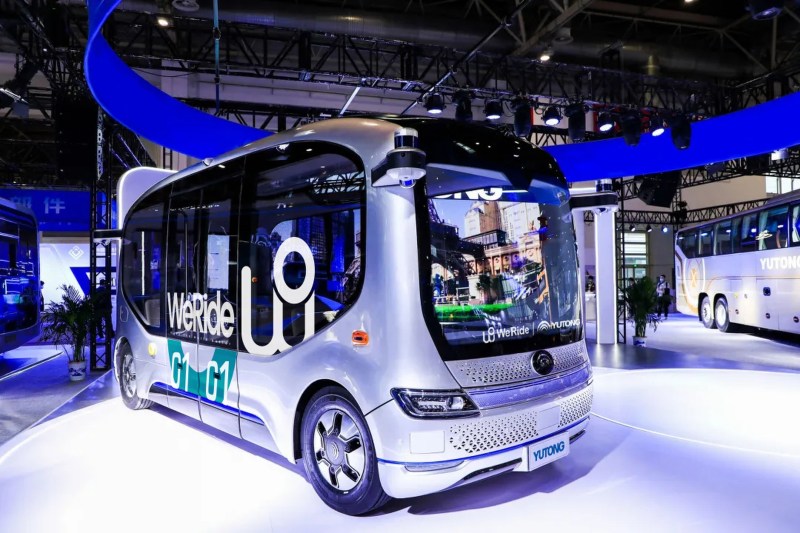 WeRide also says it plans to deploy its self-driving fleet in the Guangzhou downtown area
later this year, as well as expand to other cities.

“In the year 2021, more leading investors and partners are joining us, bringing in their strategic resources to fulfill the goal of commercializing self-driving technology. WeRide is capturing the upward trend in the development of AI- empowered mobility industry, and further accelerates R&D and the  commercialization of our technologies,” CEO and founder Tony Han said in a statement. “We will strengthen the stability and safety of self-driving systems, operate our services while adhering to regulations, and strive to bring more self-driving products to the market. We firmly believe that this technology will make the world better for everyone.”

Other major automakers including Nissan, Renault, and Mitsubishi previously invested in WeRide.