Laura Miele said Electronic Arts is in charge of more than 8,000 game developers at more than 22 studio locations. But in the past year, the publisher’s chief of studios hasn’t seen much of those people.

In a fireside chat with Geoff Keighley at our GamesBeat Summit 2021 online event, Miele talked about what it was like to manage game teams during the pandemic. Miele gained about 500 more developers to manage today as EA closed the $2.4 billion acquisition of mobile game publisher Glu Mobile. EA also picked up more than 750 employees with the $1.2 billion of racing game maker Codemasters. All told, EA will have about 11,550 total employees after the Glu deal. 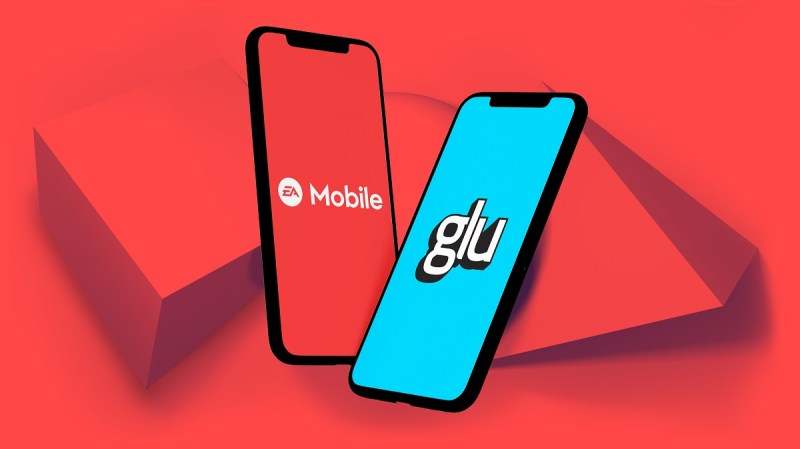 Above: EA has acquired Glu for $2.4 billion.

The development studios were put to the test in March 2020, when they had about 24 hours to shut down their offices and enable everyone to work at home.

“I think the resilience of the teams was astounding,” Miele said. “You do things a certain way. All of a sudden, you are completely out of the office, you’re completely disrupted. We were creative problem solving around things that we had never thought of before.”

Miele said that when she took over in 2018, she was very focused on improving the quality of development, creating better tools and technology and workflows. One of the big games getting a lot of love now is Respawn Entertainment’s Apex Legends, a free-to-play battle royale shooter that gets frequent updates.

“Everything has its unique challenges. I will say these teams are incredible,” she said. “We put out over 400 life service updates last year, and we launched 13 games.”

One of the challenges was putting out Star Wars: Squadrons last fall without being able to get access to a live orchestra. An audio engineer recorded one instrument at a time and then compiled the whole piece.

“With things like that, the teams were incredibly scrappy,” Miele said. 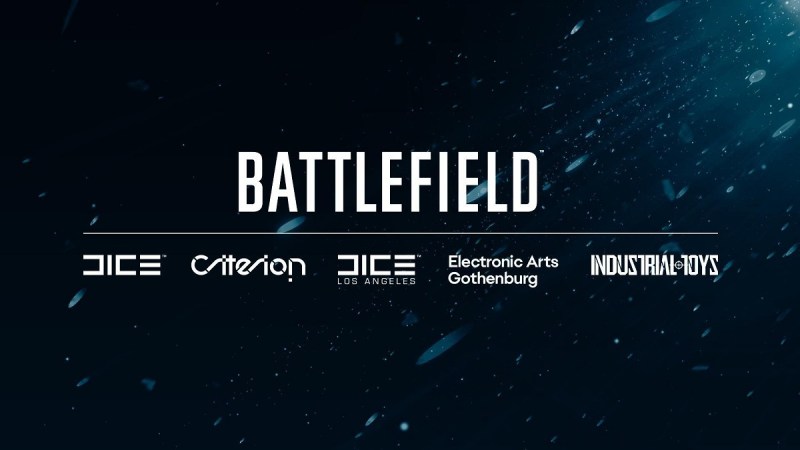 Above: Battlefield will have a mobile version in 2022.

The teams also had big challenges testing games at a time when EA is increasing the number of games that it ships. And the company is creating more entry points. FIFA has a mobile game in addition to its PC and console mainstays. And each has live services. In the coming year, EA is planning to release a mobile game for Battlefield, using the Industrial Toys team in Pasadena, California, that EA acquired.

“We’re just super-excited to bring it to soft launch at the end of the summer,” Miele said. “I think it’s going to add to the Battlefield experience. It’s going to be really meaningful for Battlefield players. And it’s going to reach a lot more players around the globe for this brand. And that’s how we’re thinking about all of our big blockbuster brands and franchises.”

Later this year it will launch its new Battlefield console and PC game.

During the pandemic, EA decided to put Criterion’s latest Need for Speed on hold and move the team over to help DICE as it prepares to ship Battlefield. That was the kind of decision that Miele has to make regularly. And in a Q&A session at the summit, Miele said the central teams need to earn the business of the development studios. So game teams choose what tech they will use. That means that EA’s Frostbite engine isn’t necessarily something that is universally required for EA developers to use. Respawn, for instance, uses Unreal. And with the acquisitions of Codemasters and Glu, EA now has new divisions with different workflows.

She said that EA will work to make the workflows easier and incorporate advances as it can, but the central company works in service of the developers. 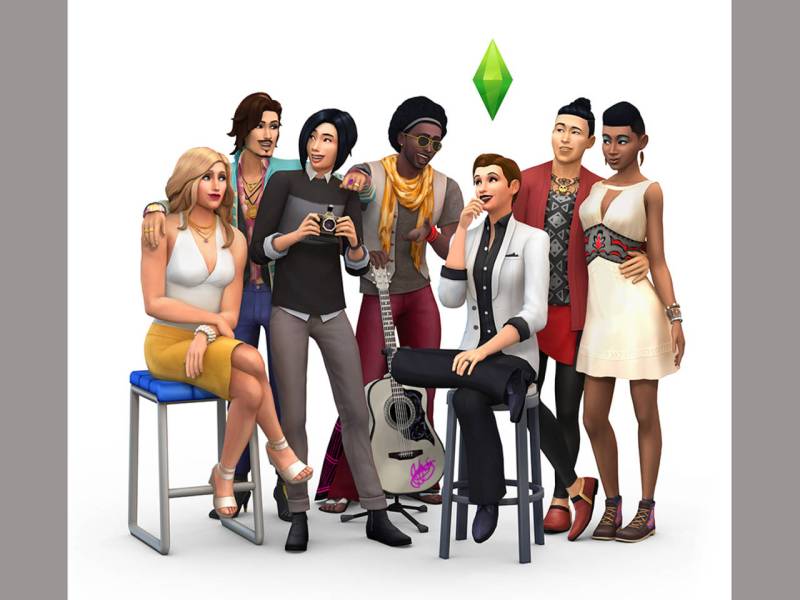 Above: The Sims 4 is one way folks can make their own content in EA games.

Keighley asked if EA is thinking hard about user-generated content as players show that they’re interested in experiences like Minecraft and Roblox. EA has its own The Sims and SimCity franchises that let people create their own experiences.

“To your goes in waves, right?” Miele said. “The industry certainly was at a place where it was curated linear experiences. And I think things are coming full circle and it is opening up. And we are incredibly passionate about putting capabilities and tools in the hands of people, so they can act on their own experiences. When I look at the long-range innovation projects, we have a group called SEED, the Search for Extraordinary Experiences Division of Electronic Arts.”

She added, “They incubate. They’re researching future innovations for technology and games. And one of the projects they’re working on is really cool. It’s this VR project where you can scan in a character and you can possess that character. And then, as you’re walking around in the room, the program captures your animation and applies that to the character. You can draw environments, you can place a second character in the environment, and interact with this character. And that is just about radical accessibility for tools and radical accessibility for people to create their experiences and have an impact on their game. I think that that is going to be incredibly important for the future.”

Miele said she also loves Battlefield because it is often like a sandbox, where players can play with weapons and vehicles and cause destruction in the environment.

“These only these crazy only-in-Battlefield moments happen,” she said. “This emergent play comes from players. As you can imagine, taking that strength and taking that superpower in this franchise and building on that in the future game is definitely part of our strategy. So new modes that are going to be added to the game experience are really in service of this ability that we want to give players to have an a bigger impact on their experience.”

As for The Sims, Miele said there is “a lot of fertile ground here for The Sims for sure.”

Players will get tools to play with, and EA is playing to make use of all of its learnings over 18 years for that franchise. She wants players to have flexibility, creativity, and tools to remix items and objects in the world. Skate could also be a franchise with a lot of user-generated content.

“You can imagine where we’re taking this franchise and this brand,” she said. 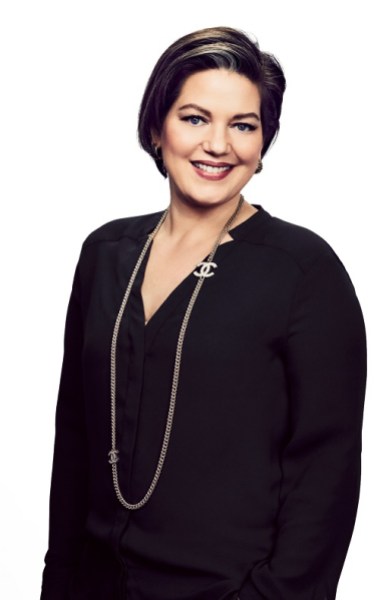 Above: Laura Miele is chief studios officer at EA.

Regarding the metaverse, Miele said, “It is just so broadly used and broadly interpreted right. We really see it as a spatial and experiential evolution. It’s going to be a 3D experience of the actual internet, which is probably the true definition of what the metaverse is. And we are looking at it as bringing multiple experiences together. And there’s there’s a few buckets about how you can think about it. It could be as simple as a layer that connects multiple experiences. So it could be like a shopping mall. You go into one door and you have one experience, you go into another and you have another experience. The hub that connects those experiences could be a social place. It could be a place of gathering social gathering.”

And then she talked about one more way to think of the metaverse.

“We think of a Ready Player One as a 3D experiential place where you walk through a world,” she said. “I really love to think about our sports opportunity in that area, and that there are so many ways that you can consume sports media. And whether it be watching real sports games, checking data, connecting and talking with friends about about sports, playing sports and comparing that. So I think we have opportunities everywhere across the company, and with our franchises and our brands to really explore out and push out the definition of metaverse.”

Keighley asked about social experiences in games. Miele said EA is also thinking about how to deliver its games, either as epic occasional drops of big games or perhaps episodic content that is more like a TV show.

“We launched them and how we serve them to players could change in a world like this,” Miele said. “I think it would be incredibly interesting. I think game companies are incredibly well-positioned, and well-poised, to lead in this area.”

Regarding how to invest in all these ideas, Miele said, “A lot of these ideas and experiences need to come from the game teams, because they are so close to their players. And I think that they really can see the big picture about how to bring these experiences together. And then we have technology requirements — that is a platform — and we as a company have been investing in that for a long time.”