Mattermost moves beyond messaging to unify developer collaboration and productivity

Let the OSS Enterprise newsletter guide your open source journey! Sign up here. Mattermost is eyeing a slice of Trello, Asana, and Notion’s pie as the open source “Slack alternative”...

Mattermost is eyeing a slice of Trello, Asana, and Notion’s pie as the open source “Slack alternative” officially rolls out a new unified platform with integrated project and workflow management tools aimed at the software development fraternity.

Founded in 2015,  Mattermost is better known for its flexible and extensible self-managed and hosted enterprise messaging platform, used by companies including Samsung, SAP, Deloitte, and BNP Paribas. However, with the launch of Mattermost 6.0, the Palo Alto, California-based company is transitioning into more of an integrated developer collaboration platform.

While “channels” will remain at the platform’s core, enabling companies of all sizes to communicate in an organized fashion, Mattermost users now have access to boards for task and project management, and playbooks for workflow management. Both these features have in fact been available for a while already, but with version 6.0 they are now activated by default.

Boards, which were formally known as “focalboards,” bring Kanban-style project management functionality to Mattermost, enabling everyone on a team to coordinate work and deadlines around each other’s schedules, tasks, and checklists, while keeping relevant documents and files within easy reach. 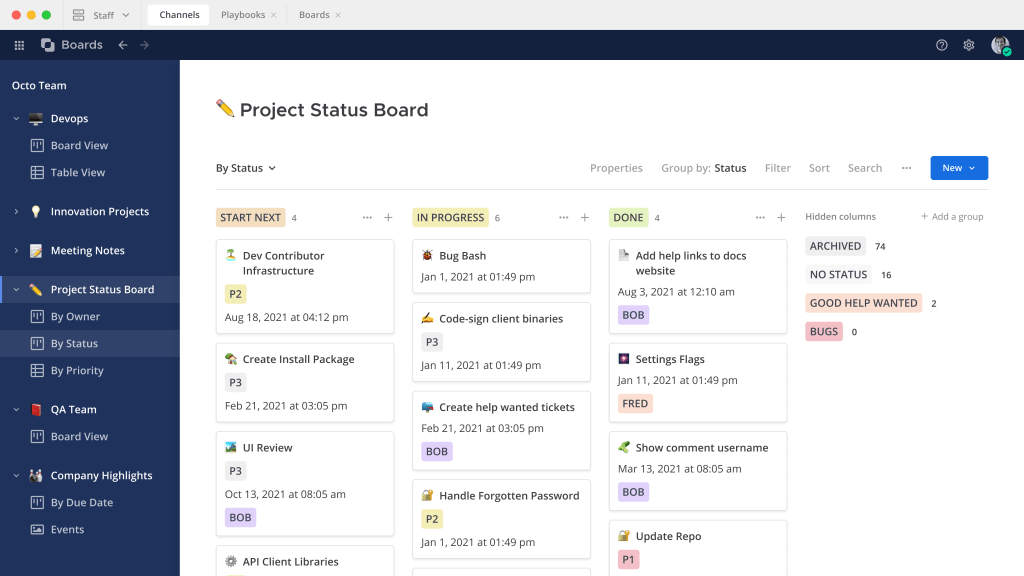 Playbooks, which were previously known as “incident collaboration,” are designed to automate pre-defined processes that follow a predictable, checklist-based repeatable workflow, including triggers that perform an action when a specific event occurs. This is supported by pre-built integrations with myriad third-party tools, including GitHub, Jira, PagerDuty, Splunk, GitLab, and more.

For example, developer operations (DevOps) teams might want to create a playbook to respond to a major cloud outage, including automatically alerting all relevant parties. However, it can be used for just about anything, such as managing software releases, notifying colleagues of a project’s progress, or onboarding new team members. 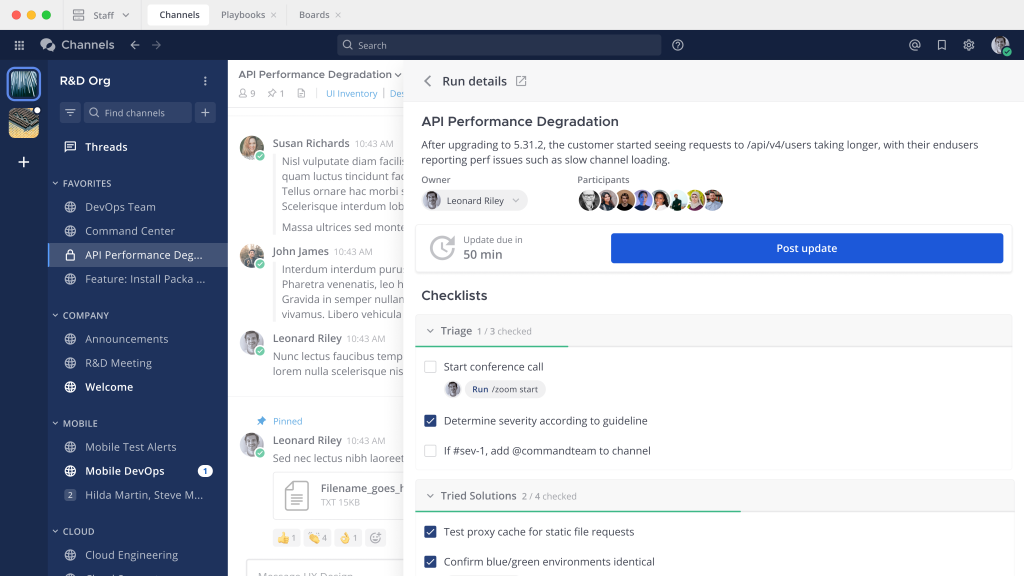 Mattermost is one of several team chat and collaboration tools built on an open source foundation, offering companies more control and flexibility over their deployment and data. Indeed, highly-regulated industries in particular might be more inclined to adopt a team chat tool that they can host themselves, keeping highly sensitive information off third-party cloud infrastructure. With its latest expansion, Mattermost is looking to broaden its horizons and create an all-in-one platform to woo developers the world over.

It’s worth noting that while companies can already integrate Mattermost with third-party project and task management tools such as Trello, Asana, or Notion, including such functionality out-of-the box gives companies more control as part of a native experience, alongside channels and playbooks.

“Mattermost has moved beyond its foundation as a secure messaging solution to an integrated, open source developer collaboration platform,” a Mattermost spokesperson told VentureBeat. “By uniting channels, boards, and playbooks, we make it possible for developers to eliminate the context switching that comes along with stitching together various tools with light integrations and no common platform services.”