Worldcoin is unveiling a new global cryptocurrency that will be given to every human on earth. It has raised $25 million at a $1...

Worldcoin is unveiling a new global cryptocurrency that will be given to every human on earth. It has raised $25 million at a $1 billion valuation.

Coming out of stealth today, the company is unveiling hardware device, dubbed an Orb, for the first time, along with testing data that suggests it could onboard its first billion people into crypto within the next two years.

Cofounded by Alex Blania, Sam Altman and Max Novendstern, Worldcoin plans to create a new global digital currency that is fairly distributed and used by as many people as possible. Its investors include Andreesen Horowitz, the big Silicon Valley investment company that has made a  lot of cryptocurrency bets. Altman is president of Y Combinator and CEO of OpenAI.

To rapidly get its new currency into the hands of as many people as possible, the project lets everyone claim a free share of it. While a globally adopted cryptocurrency would open social and economic doors for billions of people, cryptocurrency as a technology is still in the early stages of adoption, so far only reaching about 3% of the world’s overall population. Worldcoin hopes to change this, rapidly, the company said. 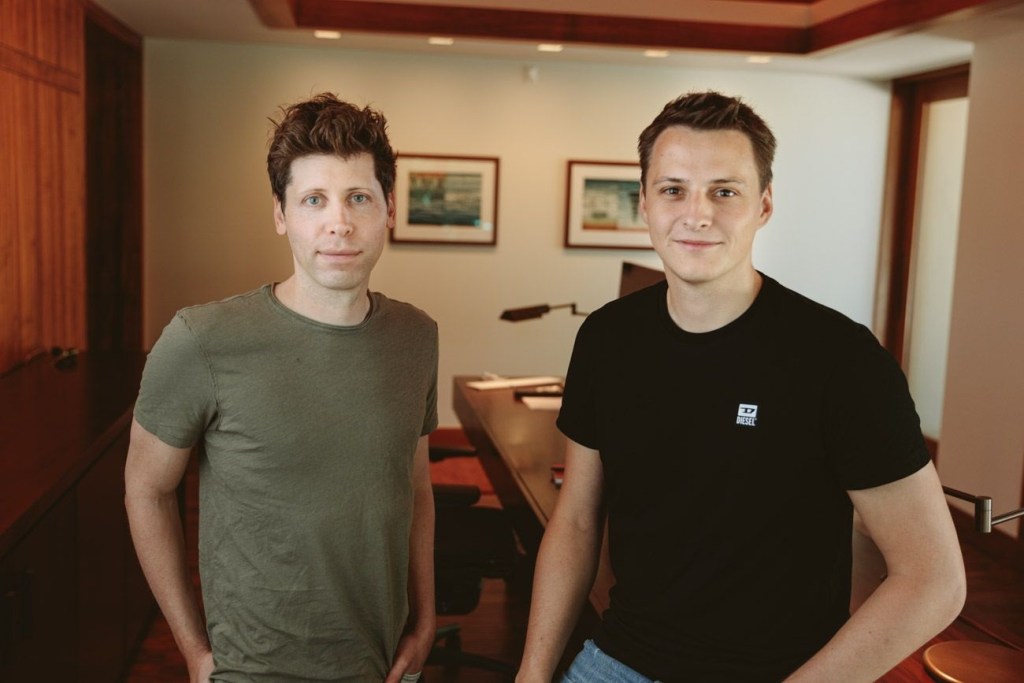 Prospective users will be able to claim their free share by using one of the thousands of Orbs that will be operated by independent entrepreneurs around the globe.

The Orb is a secure custom hardware device that captures an image of a prospective user’s eyes to determine whether the user is real and whether they have claimed their free share yet.

This is done by converting the image of the eye into a numeric code, which means that the original image does not need to be stored or uploaded. The numeric code is also not linked to the user’s wallet or transactions, further preserving user privacy.

In contrast to the practice of many centralized services used by most people today, no other personal information is required.

Additionally, users who want to participate in the Worldcoin network without ever visiting an Orb will be able to do so, albeit without receiving their free share of the currency. 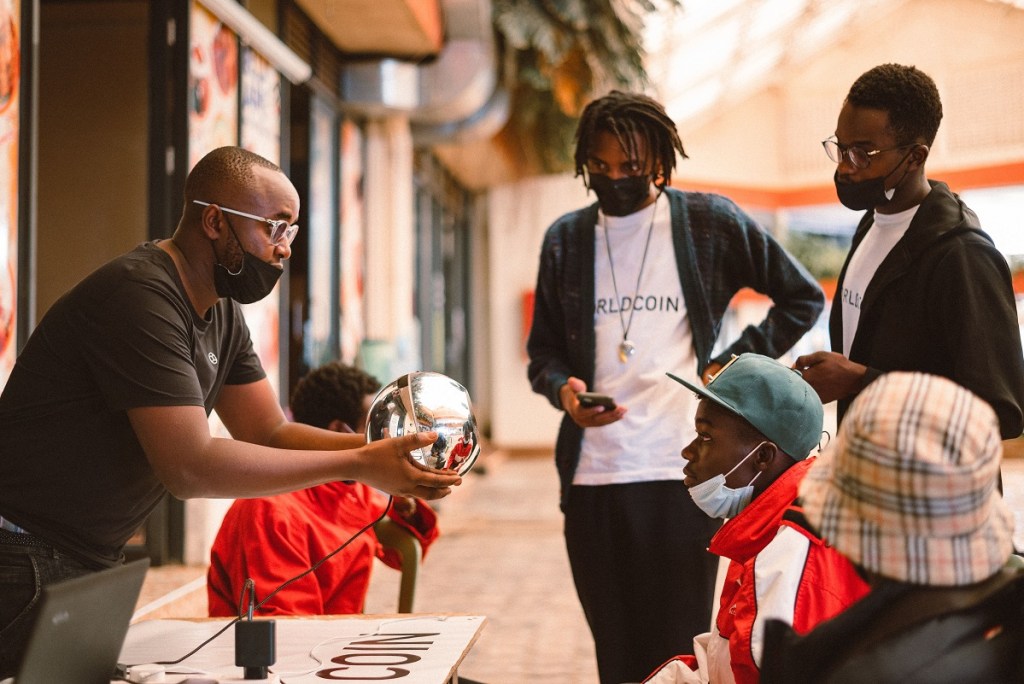 Above: Worldcoin has raised $25 million at a $1 billion valuation.

More than 100,000 people from different countries around the world have already signed up to Worldcoin. Given the sign-up rates seen so far and expected orb deployment rates, Worldcoin would be on pace to onboard more users than all cryptocurrencies combined within a year of its launch. Should this trajectory be maintained, over a billion people would be onboarded within two years.

There are already 25 independent entrepreneurs, or Orb Operators, actively testing more than 30 Orbs in 12 countries across four continents (Africa, South America, Europe and Asia). In the coming months, the scale of these tests is expected to increase as hundreds more devices and Orb Operators come on-line. After an initial production ramp-up phase, over 4,000 Orbs will be distributed per month, or 50,000 per year. So far, the average Operator has signed up around 700 people per Orb per week. 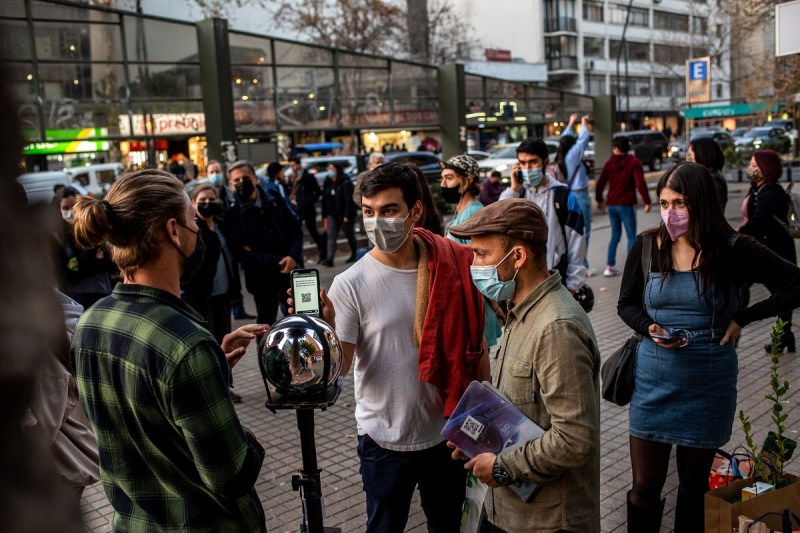 Above: Orb operators will scan people in without needing any other personal identification.

To ensure that Worldcoin is both inclusive and useful to all users, the team is also developing a wallet app that anyone can understand and use.

The wallet app will allow users to participate in global peer-to-peer payments throughout the existing Ethereum ecosystem, learn about the project and other cryptocurrencies, and find Orb Operators to claim their Worldcoin. The wallet will be non-custodial, which allows users to retain direct control of their Worldcoin.

Worldcoin will launch its protocol on top of Ethereum, the cryptocurrency protocol, as a Layer 2. This will both significantly improve its transaction throughput and energy efficiency as compared to Ethereum, a network which will soon transition from proof-of-work to proof-of-stake. (That means it will use less energy for blockchain transactions).

The Worldcoin protocol will be completely permissionless and operated by independent validators. 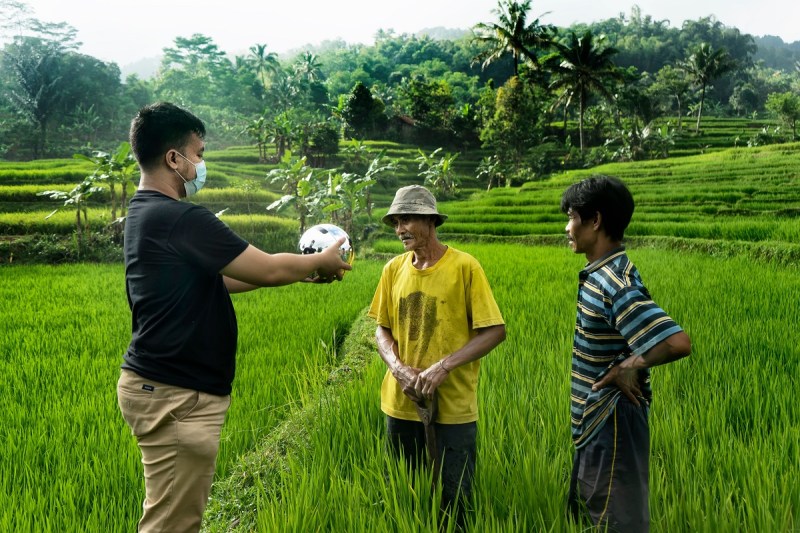 Above: Worldcoin uses an Orb to identify people via their retinas.

Worldcoin will use the capital from its latest funding round to ramp up Orb distribution and build its team as it prepares for a global launch. Worldcoin has 70 employees.

Altman had the idea to launch a new global currency by airdropping it to every human on earth. The motivation was simple. Crypto is here to stay, but so far it has failed to reach mass adoption. And a global, commonly owned currency, held by billions, could improve equality of opportunity for everyone. He started working on the project with Blania and Novendstern in 2019.

Asked why it’s going to have an edge on the existing giants of cryptocurrency — Bitcoin and Ethereum — the company said there is no purchase necessary and no long sign-up process. By giving away coins, it can skip a lot of steps that make crypto hard to understand and get into. Since it is a Layer 2 on Ethereum, it is compatible with the Ethereum ecosystem, and it will have bridges to other protocols like Solana and Polkadot.