Join gaming leaders online at GamesBeat Summit Next this upcoming November 9-10. Learn more about what comes next.  A coalition of blockchain groups and...

A coalition of blockchain groups and game companies blasted Valve today for its ban on games with nonfungible tokens (NFTs).

Last Friday, Valve’s Steam digital distribution service told Age of Rust developer SpacePirate Games that it would not allow NFT games on its platform because of concerns around the “real world value” of NFT items.

But Fight for the Future, blockchain platform Enjin, and The Blockchain Game Alliance, along with 26 blockchain game studios, are launching an open letter calling on Valve to reverse their ban on blockchain games and NFT related content on Steam.

Blockchain games — particularly those like Axie Infinity where players can buy unique NFT characters, level them up, and sell them to other players — have soared in value alongside crytocurrencies like Bitcoin and NFT art during 2021. And a whole movement, dubbed “play-to-earn,” has risen around such games and their potential to enable people to earn a living by playing games.

Blockchain games are relatively new, and the use of NFTs within games opens up interesting possibilities for users to interact and collaborate. They also have the potential to make games more ​​decentralized, democratic, and player focused, the group said. Just generally, the coalition said it didn’t think that a platform like Steam should be using gatekeeper power to crack down on an entire category of exciting new games. 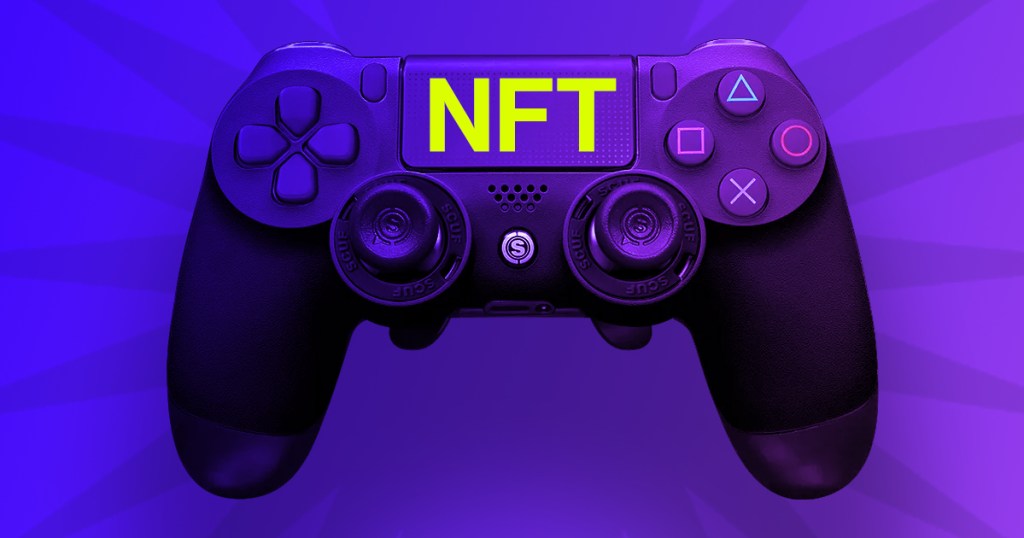 Above: NFTs are a flashpoint for Valve.

Image Credit: Fight for the Future

The group is hosting an AMA on /r/Cryptocurrency at 12pm ET, Thursday, October 26th, with a number of blockchain game developers.

Chris LoVerme, CEO of SpacePirate Games said his company worked with Valve for a long time to try to clear its use of NFTs, which use the transparent and secure ledger of blockchain to authenticate unique digital items. But Valve’s queries about the matter made it seem clear that it was concerned about the ramifications for gambling laws. The state of Washington in particular has more strict laws that can classify games as gambling if they offer real-world rewards in games.

Valve eventually came back and said that it would not allow NFT games on Steam, LoVerme said.

Fight for the Future, Enjin, and The Blockchain Game Alliance, along with 26 blockchain game companies, call on Valve to reverse their ban on web3 technologies on the Steam platform, such as blockchain games and NFTs.

Games that utilize blockchain technology and web3 token-based technologies like DAOs and NFTs can positively enhance the user experience of games, and create new economic opportunities for users and creators. Tokens, in particular, open up vast possibilities for users to interact, collaborate, and create tangible digital worlds and items that were previously impossible. These enhancements make games more ​​decentralized, democratic, interactive, player focused systems. They also present an opportunity to streamline and modernize intellectual property rights in ways that would greatly benefit both independent creators and established corporations. These innovations would bring with them enhancements to music distribution, book publishing, collectables, and more.

Valve is recognized for their willingness to experiment and innovate, not only with their games, but with the Steam platform itself. Considered as pioneers for changing how gamers sell and trade digital game items over a decade ago, Valve likely understands the impact that a more concrete medium would facilitate. In the spirit of that pioneering vision, we ask that you take a chance on this rapidly growing technology: remember your roots, let the industry prove itself as a positive contributor to the overall gaming ecosystem, and reverse your decision to prohibit an entire category of software from the Steam platform.

“Blockchain games are pioneering a number of new concepts that will invigorate the gaming industry for players and publishers alike. To cut-off this burgeoning sector at such a crucial stage of development is to ignore the remarkable progress we have achieved this year, while creating unfair access to market for incumbents. We wish to invite an open dialogue with the people at Valve, as well as the broader mainstream gaming industry, to better understand their perspectives on the challenges ahead, and to determine how we can collaborate more effectively in future.” – Sebastien Borget, President, Blockchain Game Alliance

“Decentralization with cryptocurrency is often misunderstood and viewed as a threat to the status quo. In the case of players owning NFT gaming assets, closed platforms see it as competition. The narrative from those walled gardens regarding blockchain technologies is similar—it’s either not in line with their core model, or the technology is simply labeled a larger risk. The future of gaming is decentralized player owned assets, where gamers are valued for their time and efforts spent in-game. Whether that’s an NFT or another asset class, change is happening.” – Chris LoVerme, CEO of SpacePirate Games

Valve, Web3 games are a fast-moving and exciting category of games that have a place within the Steam ecosystem. Please consider changing your stance on this issue and permit tokens and, more broadly, the use of blockchain tech on the Steam platform. Don’t ban blockchain-based games on Steam.