Why Unity scooped up Weta Digital’s 3D tools for $1.6B

Join gaming leaders online at GamesBeat Summit Next this upcoming November 9-10. Learn more about what comes next.  Peter Jackson’s Weta Digital has made...

Peter Jackson’s Weta Digital has made some of the most amazing movie special effects, like Gollum in The Lord of the Rings films. And now Unity Technologies has bought the 3D tools division of Weta for $1.62 billion.

The move has the potential to shake up the making of both games and films, as Unity has a huge base in game development and it is expanding into tools for making digital movies. And the deal could go a long way toward closing the quality game between games made with the Unity game engine and its rival Unreal, which is made by Fortnite maker Epic Games.

I spoke with Marc Whitten, Unity general manager, and Weta Digital CEO Prem Akkaraju in an interview about why the companies got together. About 275 Weta Digital tool makers will join Unity, but the team of 1,7o0 visual artists at Weta will continue to work independently from as the new WetaFX team. And that studio will now license its tools from Unity.

Meanwhile, Epic Games’ Unreal engine has also venture into Hollywood and its tools were used to make Lucasfilm’s The Mandalorian.

Here’s an edited transcript of our interview. 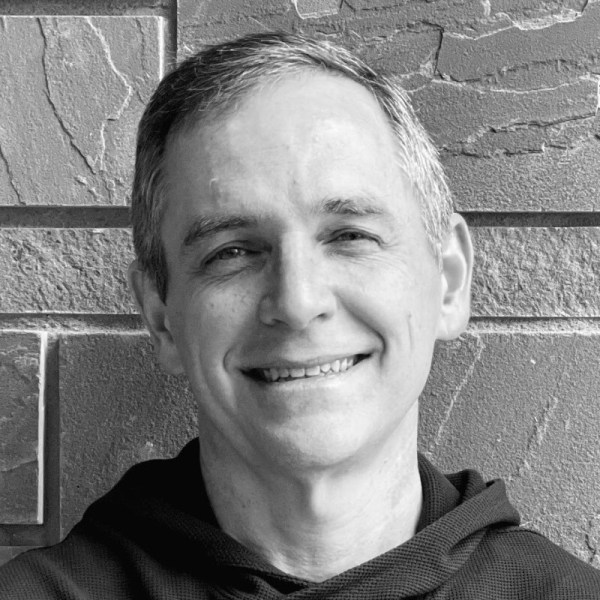 Above: Marc Whitten is general manager of Unity.

GamesBeat: What was your reasoning behind doing the deal?

Marc Whitten: The key for me–I strongly believe, whatever word you want to use for the metaverse, it’s going to need more 3D content. It’s going to need an extraordinary increase in the number of people capable of building in 3D. Certainly from a Unity perspective, we really started thinking hard about how we could build something that democratizes content creation.

Prem and I got to talking, and there was this amazing moment where we realized that between Unity and Weta, we had the tools to go do something extraordinary. You had this set of people who had built the most spectacular tools ever for 3D content creation that had never been productized, and then you had Unity, where our bread and butter is packaging and democratizing tools and making them more accessible. It became more and more clear that we could find great ways to work together, find the right transaction to make it happen, and we could do something awesome. We’re super excited. 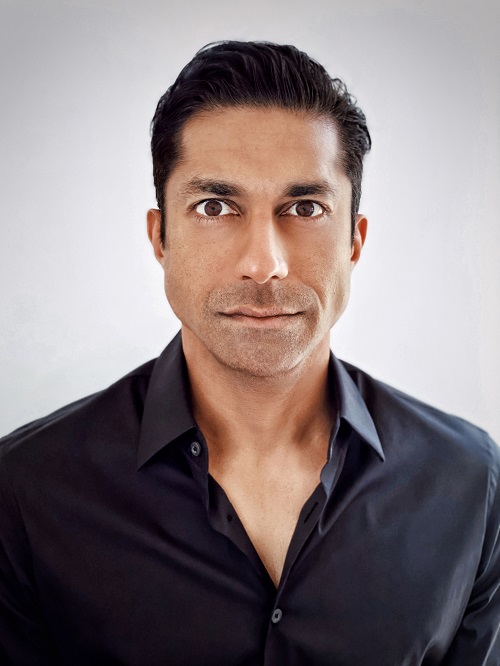 Above: Prem Akkaraju is head of Weta Digital.

Prem Akkaraju: Our motivation was very clear. As far as why now, why Unity, why this deal, it was–Peter Jackson started Weta with nothing. He knows what it’s like to be a creator with no access to tools or specialized software to create your vision on screen. This is his sort of gift, if you will, to the entire industry, to give the tools that created Lord of the Rings and Avatar and many other major films around the world to the artist community. When we were looking for a partner, it became very clear that Unity was the best of the best in creating and shipping creator tools, supporting those tools, and living by the mantra we live by, which is an uncompromising dedication to serving the story and creator.

GamesBeat: Does this mean that the capabilities expand into film for Unity? Or does this somehow help games a lot more?

Whitten: It’s both. People are already using Unity for virtual production, for pre-visualization and other areas, but obviously nothing like this. We’re excited to enable everybody from Weta effects on down, because we’ll keep working closely with them to continue making amazing stuff, and other film and media companies, democratizing film creation, but we have a very strong belief that there’s an opportunity to create a universal pipeline. A pipeline that’s capable of targeting offline rendering, high-end visualization, but also real time, bringing those together so you can build the same asset, the same set of assets, the same simulations, and decide whether it’s something that will show up at the highest possible fidelity level, or on every mobile phone in the world, and everything in between. You’ll for sure see this moving toward real time games, and other non-game, non-entertainment areas. Wherever there are artists, we’re going to give them great tools.

Akkaraju: It’s really a convergence of both. Film and TV are moving toward real time, and game fidelity is moving up toward film and TV quality. We’re both skimming the line and meeting right in the middle.

GamesBeat: How standardized is the Weta technology?

Whitten: The first thing to think about regarding what they’ve built is they have an incredibly forward-looking architectural approach. While there are dozens of tools that come along with this, what they really are is parts of one pipeline. There’s one data model, one data river, and a set of tools that impact that, allowing individuals to see how things show up across multiple objects, or multiple artists to be able to collaborate together and work in parallel and do amazing things around that.

One, that means that however you want to think about moving something like that to the cloud, or thinking about how you drive the interoperability, it all starts from one common data model and data plane. That’s an incredible architectural place to start. Two, things like USD, data portability, and being able to take content and move it between engines and tools and things like that, are very important. While we won’t get into the technical details on how these things are built, certainly it’s an important part of how we think about this.

GamesBeat: What becomes available to Unity customers over time?

Whitten: Today’s really the intent-to-acquire side, the beginning of the process. We have more work to do, going through all the closing conditions. Then we have to get teams together, getting a chance to meet, start planning, knowledge transfer. We’ll have a lot more to talk about in the future. This is more just talking about where we’re going. But we’ll come back and spend time talking about plans for the future.

GamesBeat: How many people are coming over? Was it a few hundred or so?

Whitten: Yes, it’s about 275 people. And they’re extraordinary. They’re PhDs, research scientists. They’ve been focused on graphics research for 20 years. If you go to SIGGRAPH and look through papers–

Whitten: It’s pretty incredible. We’re excited for the chance to work with them even more closely. 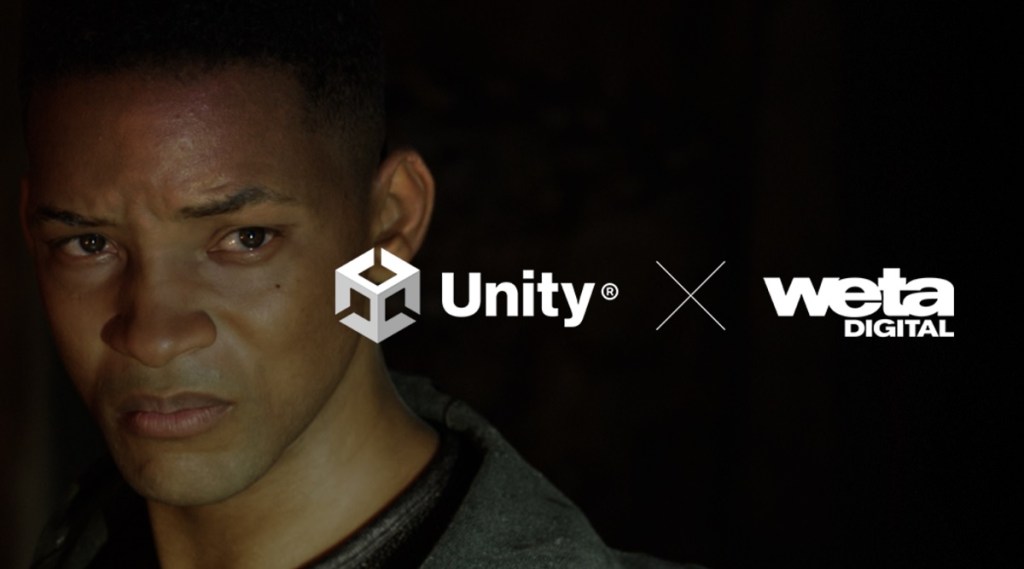 Above: Weta Digital will up Unity’s game in movies.

GamesBeat: Are there any other Weta properties that aren’t part of the deal here?

Whitten: The way we think about this, there’s the core of–this company that is Weta is about 1,700 people. Think of it as, 1,400 or 1,500 of those are really amazing technical artists. And then 300 or so are extraordinary tools engineers and graphics researchers. We’re taking all the tools and technology and critical teams that have built that, and Weta FX will be the other side. They’ll continue operating and building all that they’re doing now. We’ll continue to work with them, hand in glove with those extraordinary artists as they continue to build the next version of the amazing movies they’re doing.

That relationship, by the way, was very important to us as part of this deal, because it’s how–these tools have all been created because, of the last 15 to 20 years, they’ve been pushing forward the art of the possible over and over, demanding more of what perfection could look like. We don’t want any of that goes away. We want to make sure that, if anything, that accelerates. Weta FX will still be doing awesome stuff in movies and TV, and we’ll be providing the tools and technology and R&D innovation behind that.